* In case of any delay in receiving the OTP, you may verify it later. Please proceed without verification.

Enter your City name or Pincode

Rosera is an important town of Bihar. It is located at the bank of River Budhi Gandak. Dalsinghsarai, Samastipur, Munger, Muzaffarpur and Begusarai are some of the nearby cities from here. The place lies in border of the Samastipur and Begusarai District. 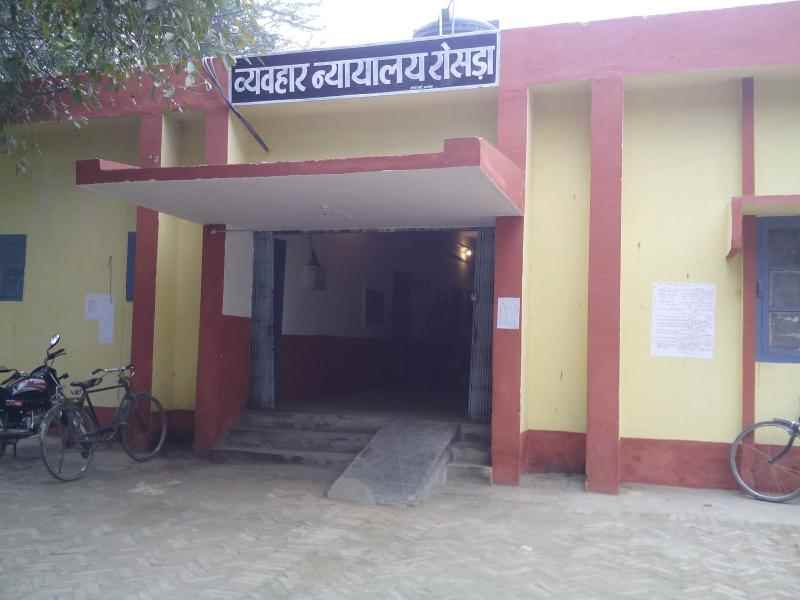 State Highway 55 connects Rosera to other parts of the state with many frequent bus routes available. The bus services are available from here to all major cities including Patna, Ranchi, Samastipur, Darbhanga, Muzzafarpur and Delhi. It also has a broad gauge railway line known as Rusera Ghat Railway Station. There is a direct train from here to Delhi. Barauni Junction is another major railway station located just 36 km from here.

Rosera being the birthplace of Krishna Karak (founder of Bachchan Vansi Acharya Gadi of Kabir Panth) is a pilgrimage city Kabirpanthis. Maithili, Hindi and Urdu are the local languages spoken here. As per census of 2011, city has a population of 31,155 of which 16,394 are males and 14,761 are females. Around 95% of the population here is Hindus followed by Muslims which is close to 5%. The city has a literacy rate of 76.35% which is much higher than the state average of 61.8%. The area has hot summers with temperature reaching 44°C and a moderate winter. The best time to visit the city is in the months of October to March when temperature is a little less.

It is a multi-cultural city that celebrates festivals of all religions. Major festivals celebrated here are Chhath, Makar Sankranti, Saraswati Puja, Holi, Ram Navami, Durga Puja, Diwali, Eid and Muharram. There are many famous temples also located in the city.

Rosera is a major trading center. Situated on trade route of the River Budhi Gandak the area is rich in agriculture because of the fertile plains. Tobacco, maize, rice, wheat, sugarcane, mango and lychee are the major crops grown here. It is also supplier of lychee, jewelry, carpets, clothing and medicine. In the past, Rosera also used to be hub for spices. Today there are many flour mills and cloth shops here. Today many branded showrooms can also be found in the city with the urbanization. Main market of the city is Mahavir Chowk which is located on the station road.

Indulging in shopping is a common thing among tourists when in Rosera. Being a trade hub, there are a lot of things that one can buy from Rosera. Some common items that people love to buy from Rosera are handlooms and handicrafts. It is also famous for wooden kamandals that are used by Hindu sages for keeping water. There are also many cloth and jewelry shops here that stretch out from Mahavir Chowk to Puranu Chowk.

There are many places of tourist interest in and around Rosera, some of the popular ones are listed below.

Mahavir Mandir: It is one of the most popular attractions of all religious sites of Rosera. It is also known as Manokamna Mandir as it is believed that all wishes can come true after praying to Lord Hanumana here. The temple is devoted to Lord Hanumana and has a very beautifully decorated idol. It is due to the popularity of this temple that the nearby chowk is known as Mahavir Chowk today.

Thana Mandir: The temple is situated amidst beautiful landscapes and known for its excellent architecture that is in Mauryan style. The temple is devoted to Goddess Durga and devotees come here from different parts of the country.

Shiv Temple: It is located in heart of the city and is the main temple of Lord Shiva. The festival of Shivratri is celebrated ion a big scale here witnessing a huge crowd.

Karoo Thakur Mandir: It is situated in Prabhu Thakur Mohalla. It is one of the biggest temples of Samastipur district spread in a 1 hectare campus which was established by Karoo Thakur. The ancient temple has idol of Goddess Durga, Lord Shiva, Goddess Kali and Lord Ram.

There are many other places of religious interest here including Maa Bhagwati Asthan, Sonupur Durga Asthan and Nagpanchami Mela. One can also explore some of the nearby tourist destinations in Samastipur district including Khatushyam Mandir, Mannipur Temple, Thaneswar Mandir, Musrigharari, Jageshwar Asthan and Vidyapatinagar.

Comments / Discussion Board - About Rosera